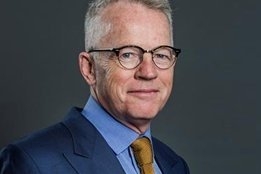 With plenty of concern having already been voiced over the quality and compatibility of the upcoming IMO 2020 compliant bunker fuels, Euronav CEO, Paddy Rodgers, says he thinks the quality of HSFO will be the bigger problem.

Tightening sulfur regs for petroleum products has left resid as "the last dumping ground" for sulfur, Rodgers explained during the firm's latest earnings call, but that is something IMO 2020 now effectively rules out.

"Now sulfur is going to have a price right the way through the oil matrix," he says.

A growing number of companies have recently placed orders for scrubbers that will allow them to continue burning otherwise noncompliant HSFO after the global 0.50% sulfur cap comes into force from January 1, 2020.

Euronav did have "three or four ships that were affected" but "none of them badly."

Euronav is one of the vast majority of owners who will switch to complaint fuel, with Rodgers not only critical of the purported economics of scrubbers but says it was a "mistake" for IMO to allow them to be used.

When it comes to fuel quality, many view the recent "bad bunker" problems of this summer as a foreshadowing of the potential problems with IMO 2020 fuel blends.

"But the one thing I have to clarify is there was no issue around blended fuels. This was normal bunkering of HFO, IFO," Rodgers clarified when asked about the issue by Wells Fargo's Mike Weber, adding that Euronav did have "three or four ships that were affected" but "none of them badly."

This is the waste product of the refinery. This problem for the bunker users, in 2020 it will be for the people who are using scrubbers and high sulfur heavy fuel oil

"This is the continuing problem with the bunker pool and it goes back to what I was saying about this really being residual oil. This is the waste product of the refinery. This problem for the bunker users, in 2020 it will be for the people who are using scrubbers and high sulfur heavy fuel oil, they will have a bigger problem, because that bunker pool will shrink. It will become more sulphurous and it will become the obvious place to tip any waste product," he said.

"So that's going to be a very, very hot topic in 2020, but not for the compliant fuels because in the compliant fuels I think we're going to see a completely different story. There, I think we're going to see the potential for some of the key oil refiners to say that they want to reenter the bunker market. Because as they think that that's a real product again rather than a waste product, then they don't have to distance themselves from it the way they have done in the past."

And in a nod to comments to Ship & Bunker last month by ExxonMobil's Marine Fuels Venture Manager, Luca Volta, Rodgers said the refiners may even see the opportunity to apply a "brand premium for reliability assurance of quality and provenance."