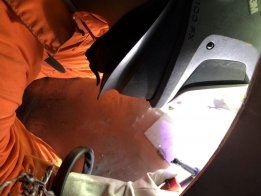 After the rapid growth in scrubber installations in the years before 2020, the industry providing repairs to the emissions-cleaning systems is starting to expand.

US-based Logan Industries announced this week that it would now offer scrubber overboard pipe repairs from its facility in Hempstead, Texas, working together with its Dutch sister company Verolme.

"The water draining out of marine scrubbers through overboard discharge water pipes is corrosive, and requires special piping materials," Logan Industries said in a statement on its website Monday.

"Protective coatings are not sufficient and can be damaged, resulting in corrosion and leaks."

Classification society ClassNK warned its members to look out for the problem in April, and later that month Singapore's Maritime and Port Authority announced it had seen a number of ships registered to the city-state's flag with unspecified scrubber malfunctions.

Engineering company Hydrex told Ship & Bunker in September that it had seen a significant increase in requests for scrubber overboard pipe repairs, often within six months of the installation of the scrubber.

And scrubber manufacturer Yara Marine also started to offer the repairs from that month, saying they were likely to have been caused by shipyards supplying substandard materials for the overboard pipes.

The backers of the lobbying group say more work still needs to be done to ensure equal enforcement of the rules.

As part of its wider decarbonization efforts.