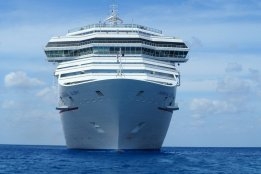 Cruise operator Carnival Corporation is set to launch two new ships capable of running on liquefied natural gas (LNG) this year, one of which will be the first of its kind in North America.

Of the four new vessels the company plans to launch in 2020, two -- the Iona for P&O Cruises and the Mardi Gras for Carnival Cruise Line -- will be capable of bunkering LNG, Carnival said Tuesday.

The Mardi Gras will be the first cruise vessel to be powered by LNG in North America, the company said.

The Iona is set to launch in May and will initially operate between Southampton, UK and the Norwegian fjords, before operating between the UK and the Canary Islands, Spain and Portugal in the winter.

The Mardi Gras is expected to launch in November and will operate between Port Canaveral, Florida and the Caribbean, Carnival said.

By 2025 Carnival plans to launch 11 new LNG-powered ships, of which the Iona and the Mardi Gras  will be the third and fourth, the company said.

Martin Olesen will be working on expanding the company's business at Zeebrugge.