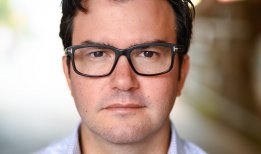 Shipergy, the new bunker procurement service developed by The Signal Group earlier this year, has reported more than 60 marine fuel deals since its launch.

Over the past two months since the service formally launched, the company has seen more than 60 bunker procurement transactions covering more than 40 vessels, Shipergy said in an emailed statement on Tuesday.

The deals were at 37 different locations across six continents.

"Coming from a standing start in late June, Shipergy has quickly proven that it can procure significant volume on a truly global scale," Daniel Rose, CEO of Shipergy, said in the statement.

"I am delighted with the progress we have made so far."

The company has started operations by covering the bunker requirements of the Signal Maritime pools, and will seek to roll out the service to third parties in due course, Rose told Ship & Bunker earlier this year.

The firm has a staff of five in offices in London and Athens.

June recorded no crude or refined oil products, according to official trade data.

The Minneapolis City Council unanimously passed a resolution on Thursday calling for US firms to commit to making all imports to the country come on net-zero emission ships by 2030.