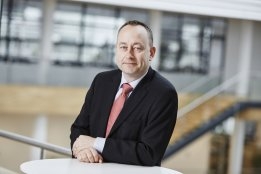 Marine fuel supplier Dan-Bunkering has given new job titles to two of its key executives, reflecting changes in how the company is managed.

Troen had previously been managing the Asian, Middle Eastern and Australian markets for Dan-Bunkering, while Vestergaard had been overseeing Europe and the US.

"This will add more value to the day-to-day business while we at the same time focus on implementing our strategy."

Klausen took on the role of CEO in May after an interregnum of more than three years since former CEO Christoffer Berg Lassen stepped down from the role to move to parent company Bunker Holding. During that period the company went without a CEO, with Klausen as head of operations, Ulrik Siversparre Bodholdt as chief financial officer and Vestergaard and Troen as senior vice presidents.

The firm has signed a deal to receive a 'transition loan' from 10 Japanese lenders for the construction of the two ships.