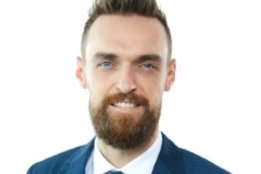 Hansen has worked for Monjasa since June 2017, most recently as a senior trader in Panama. Image Credit: Monjasa

Kristian Hansen has been named as Monjasa's trading manager in Panama as of this month, he said in an update to his LinkedIn profile on Thursday.

Hansen has worked for Monjasa since June 2017, most recently as a senior trader in Panama.

Monjasa sold a total of 1.95 million mt of bunker fuel in the Americas last year, and noted Panama as one of its most significant operations in the region, with Balboa as its top supply port worldwide and Cristobal as its fifth-largest.

The company has a staff of 46 in Panama City, of which 18 are in the trading team.