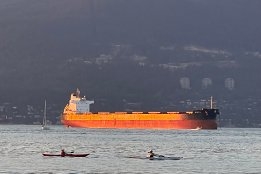 A number of marine operations at the Port of Vancouver, Canada, that had been disrupted by industrial action have now resumed.

A strike by The Canadian Merchant Service Guild (CMSG), which began August 25, put all 30 of the port's Seaspan owned tugs out of service.

A note Friday by the local Chamber of Shipping, citing information from the Vancouver Fraser Port Authority, said "all marine cargo terminals and cruise ship facilities are operational.

"Picketing activity on the waterside affecting vessels at Westshore Terminals has also stopped. Alternate tug operators are now able to service vessels at the terminal."

As Ship & Bunker reported last week, a number of vessels saw delays to their arrival, departure or bunker fuel deliveries as a result of the strike.