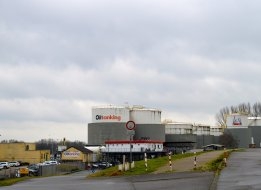 The global oil glut could see Western Canada running out of storage capacity unless oil production is pared back, an oil analyst has said.

To put a brake on the rapidly filling up storage space, Western Canada should cut production by 11%, according to Rytsad Energy.

"Based on our calculations, more than 30 million barrels of crude oil and diluted bitumen is already held in storage, and the volume is likely to edge towards the high end of capacity by the end of March under current production assumptions," it added.

That situation is largely seen as the reason behind the weakening price of 0.5% sulfur fuel oil.