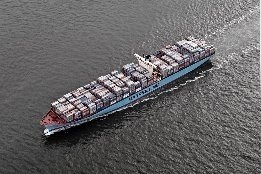 PBF Logistics (PBF), the firm partnered with A.P. Moller - Maersk to produce its IMO2020 grade bunkers for Maersk Oil Trading in the US, says it will begin the processing and storage arrangement from October 1, 2019.

This is approximately two months earlier than originally anticipated, it said as part of its latest Q2 earnings report.

As previously reported, the deal struck last February will result in an intended annual production of around 1.25 million metric tonnes (mt) of bunkers, the equivalent of approximately 10% of A.P. Moller - Maersk's annual fuel demand.

Discussing its VLSFO production plans as part of the earnings call, PBF's chief commercial officer, Tom O'Connor, clarified the company itself does not intend to be a meaningful supplier IMO2020 grade products directly to the market.

"The way our system is designed at this point as it relates to IMO fuels, we are not setting ourselves up to be a dramatic wholesaler selling to end users directly. We will be selling components to the market and selling in that," he said.

As such, any issues arising from the contentious patents that have been filed on VLSFO production, it will not impact PBF.

"Those issues will be on somebody else," said O'Connor.

Greens Zero in on Scrubbers at IMO

PPR7 meeting in London this week to hear environmentalists' case.