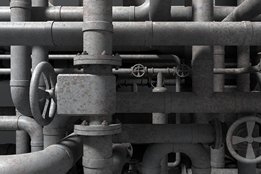 While it is far from the first refiner to do so, it is one of the first to have made some specifications for the fuel publicly available, which as reported by Argus, are a sulfur content of 0.34%, a viscosity of 323 cSt at 50°C, and a density of 932.7 kg/m3 at 15°C.

As Brazilian crudes are notable for being particularly low in sulfur, it is unlikely many VLSFOs from other sources will have similar specs.

618 mt of the fuel was reported to have been lifted by a vessel chartered by Petrobras on April 21.

Pricing for the fuel is yet to be determined.

Petrobras joins a host of other companies making recent VLSFO related announcements ahead of the new global sulfur cap, that includes Red Sea Bunkering (RSB) saying VLSFO bunkers will be available in Djibouti, BP saying its recently announced IMO2020 compliant VLSFO products will be available in the second half of 2019, and Stonewin saying it will offer IMO2020 compliant 0.50% sulfur VLSFO bunkers in Port Louis, Mauritius as soon as May 1, 2019.

With publicly available specs for the vast majority of upcoming VLSFO still unclear, bunker brokerage NSI recently made a push to bring greater public clarity on the matter.

The company intends to pay back 80% of profits to shareholders from the first quarter of 2020.