Arte Bunkering Hires Trader in US From ZeroNorth 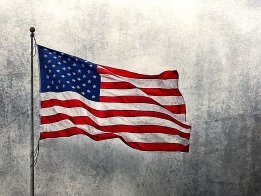 The new hire is based in New Jersey. File Image / Pixabay

Marine fuel supplier and trading firm Arte Bunkering has hired a bunker trader in the US.

Cihan Birdogdu has joined the company as a bunker trader in the US as of this month, he said in an update to his LinkedIn profile on Tuesday. Birdogu is based in New Jersey.

The new hire was previously a strategic account executive for fleet optimisation firm ZeroNorth from April to November of last year, and had earlier served as a bunker trader and broker for KPI OceanConnect from 2013 to 2021.

Arte Bunkering serves more than 3,000 vessels per year, according to the company's website, and has offices in Tallinn, Hamburg, Singapore, Athens and Norwalk, Connecticut.

Administrators say most of Britishvolt's 300-strong staff have been made redundant.

Analysts continue to debate how 2023 will treat the commodity.