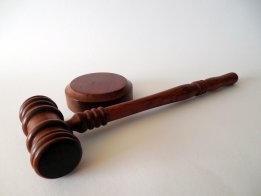 US refiner Valero Energy Corp has said in court documents that Swiss commodities trader Trafigura AG was its supplier of tainted marine fuel that damaged customers' engines in 2018, asking a judge to hold the trader liable for losses, Reuters reports.

Valero's amended suit, filed last month in US district court in Houston, alleges breach of contract and negligence, asking for unspecified damages. Trafigura supplied it with more than 186,000 barrels of fuel oil containing 4-Cumyl-Phenol, Valero said, and it supplied the oil to shippers. The substance is used in making epoxy.

Trafigura on Friday declined to comment. Its attorneys did not reply to requests for comment, the report said.

Valero was unaware at the time of its fuel sales that "there were any concerns with the material supplied by Trafigura," spokeswoman Lillian Riojas was quoted as saying on Friday, declining comment further.

Trafigura has asked a US district court in Houston to dismiss it from the case, or transfer the suits out of Texas. The judge has not yet ruled on the request or on Valero's motion to have existing complaints against it transferred to Trafigura.