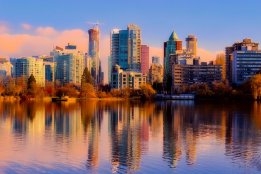 Marine fuels firm Minerva Bunkering has been able to continue with Vancouver bunker supply despite the outage of a key pipeline in British Columbia's lower mainland.

Canada's Trans Mountain pipeline was shut last week following a major storm in the region, and some local market sources said there would be no avails until it reopens. But a Minerva Bunkering representative told Ship & Bunker on Tuesday that its supply was uninterrupted.

"Minerva has no issue with product availability, and as the largest supplier in the Vancouver market, continues to provide customers with the quality of service they have come to expect," the representative said.

Pipeline operator Trans Mountain Corp. is currently inspecting the pipeline and is optimistic it could be restarted by the end of the week, according to local media.

The operation was the barge's 500th since entering service in 2017.

Both revenue and gross profit in 2022 have risen by 50% from pre-pandemic levels.