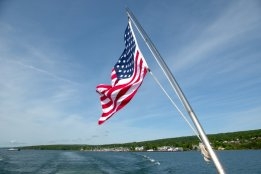 The idea that bunker demand is dropping in response to a potential upcoming global recession has yet to reach the US fuel oil markets, according to the American Petroleum Institute (API).

US fuel oil deliveries reached 0.4 million b/d in September, the API said in a monthly statistical report last week, up by 2.9% from August and by 5.3% from September 2021. The numbers reflect deliveries for power production, heating and industry as well as the bunker market.

"The solid demand for residual fuel confounds reports that marine freight has dropped," the organisation said in the report.

Marine fuel sales in Singapore, the world's largest hub, reached a three-month low in September, down by 3.6% from August's level but still up by 0.8% from September 2021's level.

Meanwhile, the Russia/Ukraine war reaches its 9th month with no end in sight.