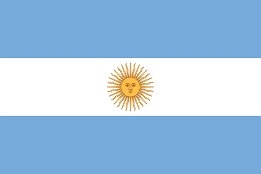 Previously, only the tanker providing the bunkers was required to have an OSRO Certificate in place.

Coast Guards at La Plata are said to now require receiving vessels to have made arrangements with an OSRO within 60 minutes of occurrence of a spill.

This requirement applies to any vessel, whether a tanker or not, the notice relayed via West of England P&I said.

Pandi said the cost of such arrangements was around US$ 3,200.

"The Maritime Authority has also stressed that when bunkers are delivered either alongside a berth or at a lightering area within 12 miles from the coast, it is necessary to have booms deployed when in port or equipment and personnel mobilized in designated lightering areas which are provided by OSROs approved by Coast Guards," the notice added.

Vessels set to enter service in 2022.