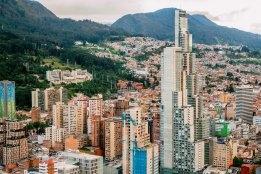 The company is based in Bogota. File Image / Pixabay

Colombian company regulator the Superintendencia de Sociedades added the Bogota-based firm to its list of companies in insolvency proceedings in June, according to records on the regulator's website.

The company has long enjoyed a presence in the bunker markets of Colombia and the Caribbean, producing, importing and supplying marine fuels and lubricants.

Company president Jaime Alberto Ochoa Muñoz is also a familiar figure in the global bunker industry, running for a seat on the IBIA board as recently as in 2021.

The company is looking for candidates with experience in a middle-office role.

The company has analysed 14 million barrels of VLSFO across 28 batches using its Digital Chemist AI system.