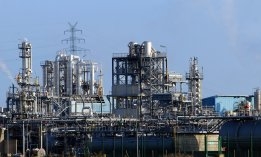 New bank research has argued that the impact of IMO2020 will be positive for refiners by producing higher gasoline and distillate margins.

A segment of that analysis rests on a bearish view on the price of high sulfur fuel oil (hsfo) which, it estimates, will see 80% of bunker demand for the high sulfur product fall away.

According to Scotiabank analyst Paul Cheng, since bunker demand accounts for around half of global hsfo demand, the effect of IMO2020 will be to create a large pool of hsfo with nowhere to go.

As the excess will be too big to go into storage, it means that "the hsfo price will need to fall enough to stimulate existing markets or create new ones".

One of those new markets could be the refining sector. Having put the idea to various firms, refineries could potentially run hsfo as feed for their cokers, said Cheng.

In Exxonmobil's recent quarterly results discussion, the analyst put the same question to the company which replied that it was possible.

However, although "recycling hfso as feed in the refiners' cokers" will account for some of the excess supply, it will not account for all it.

The research sees little room in the asphalt market to soak up the excess fuel oil.

Balance in the market would need to come from "the substitution of coal for power generation" or "reducing run rates of the word's least-efficient hydroskimmers", it said.

MUFG points to China as a marker for remarkable gains in the second half of 2020.