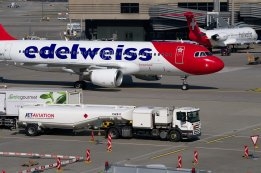 Jet fuel appears not to be making its way into the US Gulf bunker supply chain. File Image / Pixabay

Refineries on the US Gulf Coast are not using jet fuel as a blend stock for marine fuels -- a practice that has reportedly started to emerge elsewhere in the world -- according to price reporting agency Argus Media.

Earlier this week insurance association the UK P&I Club said the blending of jet into bunkers may be causing 'a significant uptick' in fuels found to be off-specification because of a flash point lower than the minimum in Singapore and the Middle East.

Ship & Bunker sources in Europe have said media reports of the practice are likely to have been overstated, with the practice being not particularly widespread.

The authorities had warned 24 firms that they were in breach of the rules in December because of a failure to carry out an annual surveillance audit of their bunker supply management system.

The new role will involve handling the bunker volumes of Pan Marine's own fleet as well as third parties.

The firm is looking for candidates with at least three years of experience in the shipping or bunker industry.