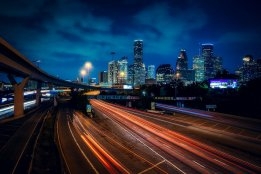 Houston has lost its place as the most expensive of the top four bunkering hubs for very low sulfur fuel oil (VLSFO), according to Ship & Bunker pricing.

Houston's VLSFO prices overtook Singapore and Fujairah on Feburary 21, and rose to a premium of as much as $51.50/mt by March 10.

Houston has now declined to the second-cheapest of the top four, with Rotterdam still below the Texan hub; VLSFO at Houston was at a $33.50/mt discount to Fujairah's levels by Tuesday.

The move may reflect a decline in port activity in the US Gulf as the intensity of the COVID-19 pandemic increases in the US while declining in Asia.

The crude price collapse since early March has delivered a sharp decline in crack spreads for VLSFO across the world, as well as a narrower spread between VLSFO and high sulfur fuel oil.

Russia's participation is crucial in the fight against impacted demand.