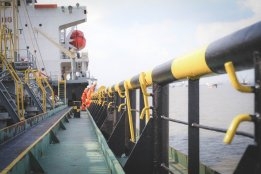 The bunker fuel choice for Ardmore Shipping is to be 0.5% bunker fuel with marine gasoil as standby, the company has said.

Chief executive Anthony Gurnee he is confident of there being sufficient supplies of IMO2020 grade fuel in the market.

In areas where that is not the case, the extra cost of using distillate fuel "will be priced into the voyage", the executive was quoted as saying by price reporting agency Argus Media.

Ardmore, which controls a 25-strong fleet of product tankers, is expecting demand to pick up on the back of the IMO2020 fuel specification change as low stocks of refined oil products and regional imbalances should translate into increased activity.