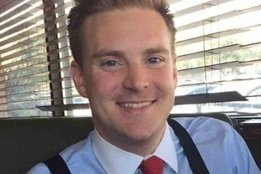 GCC Bunkers (GCC) has announced the signing of an IMO2020 bunker supply deal with Ultranav.

The Chilean firm operates a fleet of over 300 vessels, of which it owns 81, including tankers, dry bulk, chemical carries and gas carriers. It also operates 109 tug boats and offshore vessels.

The deal marks the latest in a string of new agreements announced by the Houston-based low sulfur fuel specialists, including one with Texas International Terminals to produce low sulfur bunker fuels in the Houston, Texas area.

Earlier in October GCC also added industry veteran Keith Richardson to its ranks as the supplier ramps up operations ahead of the new global sulfur cap.

"Since our founding, it has been GCC Bunkers' mission to provide high-quality marine fuel supply solutions to our customers," said GCC Bunkers' Commercial Director, Zach Stansbury.

"We are excited to begin supplying Ultranav in the Houston area in 2020, utilizing our straight-run fuel oil and gas oil production at Texas International Terminals."

But primarily aimed at non-Singapore flagged ships calling at port which might be conducting crew changs.

About 10% of Hong Kong's bunker demand expect to shift to Zhoushan.

The facility will be within a new laboratory the company plans to open near Liverpool.