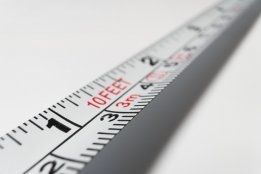 A wider than expected price differential between high and low sulfur bunker fuel added to the general chaos that will envelop the industry with the IMO2020 changeover, makes scrubbers a good bet.

"The spreads are going to be wider than people think because there's really no buyer of heavy fuel," Bugbee said.

"Sourcing high-sulphur fuel may also become problematic for vessels that have installed scrubbers.

"Some places may actually run low on high-sulphur fuel. You may have to wait days to fill up."

Such reservations have not stopped the company buying scrubbers for its ships as it announced a further loan yesterday to finance scrubber installations.

In a Lloyd's List podcast, oil company Total gave a more measured view of high sulfur demand. The company expects the proportion of the global fleet retaining high sulfur fuel oil as its main source of bunker fuel as lying between a tenth and a fifth. Concerns about availability can best be met by talking to your supplier, Total said.

"We have not been good enough and we have made mistakes," Hurtigruten CEO, Daniel Skjeldam, said in a statement.

But the Covid blues continue to firmly cap gains.