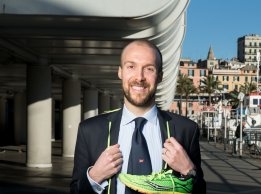 Marine fuel supplier Fratelli Cosulich has added another barge to its operation in Singapore, the company said Wednesday.

The company has bought the 4,650 dwt barge Marine Elite, previously owned by Ocean Tankers, and renamed it Grazia Cosulich, it said in an emailed statement. The ship will be the seventh in the company's fleet in Singapore.

Fratelli Cosulich may now consider adding another smaller vessel to its fleet later this year, CEO Timothy Cosulich said in the statement.

"We expect to add one more 'unit' to the fleet: if everything proceeds according to plan, by the end of August we will take delivery of a small launch that our colleagues will use to move between barges.

"The launch will be called Genoa, in honour of our home city and of the main football team in our city."

The Marine Elite was listed as part of the Ocean Tankers fleet in a list on their website from January 2020.

Ocean Tankers was caught up in the financial struggles of Hin Leong -- to which is linked -- earlier this year. But the recent preliminary findings of its court-appointed managers have suggested its liabilities may be less severe than originally thought.

Fratelli Cosulich was listed as Singapore's 20th largest supplier by volume in 2019.

AET has taken delivery of the Eagle Pilar, built for long-term charter to Shell subsidiary Brazil Shipping I Limited.

The city-state posted just short of 50 million mt in sales despite fewer ships seeking to refuel there, and in a year when global demand was down overall.