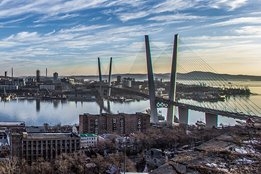 Vladivostok's recent bunker sales revival has continued for a second year with 2018 volumes bouncing back to 2015 levels, according to official figures reported via Russian market specialists IAA PortNews.

After recording a growth of 70% year-over-year in 2017, data from the Administration of Seaports of Primorsky Territory and Eastern Arctic indicates sales for 2018 grew an additional 58% to a total of 1,109,800 tonnes.

The growth was mainly facilitated by an increase in stem size, although the number of bunkering operations did also grow 21% from 3,282 in 2017 to 3,979 last year.

After highly favourable pricing saw the Far East markets boom in 2014, continued growth in 2015 was accompanied by bullish talk of eating further into the East Asia market in the following year.

But a change in policy at the country's Central Energy Customs (CEC) meant the reality was 2016 volumes plummeted to such an extent it put local players at risk of bankruptcy.

Some 80% of 2018's total, 884,400 tonnes, was HSFO. With the IMO 2020 global 0.50% sulfur cap coming into force at the end of this year and the vast majority of vessels set to switch to compliant low-sulfur products, it remains to be seen whether Vladivostok can continue the momentum seen over the past two years.

The IDEALFUEL consortium is being led by the Eindhoven University of Technology.