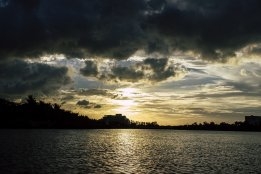 Bunker fuel spill following an explosion on a barge in the Philippines caused local residents to leave their homes.

Local media reports place the spill at Iloilo City on the southern island of Panay.

An explosion in one of the four tanks of AC Energy's Power Barge No.102 triggered an oil spill, according to Panay News.

Around 300 residents vacated their homes to avoid fumes from the spill. It is estimated that 40,000 liters of bunker fuel went into the sea water.

The company mounted a containment operation and is investigating the cause of the explosion, the report said.