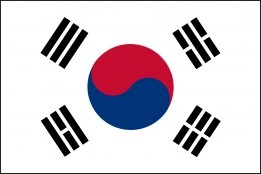 A new emission control area (ECA) for the shipping industry is set to launch this week, with South Korea imposing stricter sulfur limits in parts of its waters.

From Tuesday the sulfur limit will be cut from the global 0.50% cap to 0.10% for ships in South Korea's new ECA. At first ships will be required to comply with the new limit within one hour of anchoring or mooring in the ECA, and from the start of 2022 they will be required to use 0.10% sulfur fuels at all times within the area.

The ECA covers the port areas and nearby sea areas of Incheon (including Kyongin), Oyeongtaek Dangjin, Yeosu, Gwang-yang (including Hadong), Busan and Ulsan.

In July the Korean Register published a notice on its website with maps of the waters covered by the ECA and further details. To read the notice, click here.

Because the geographical area covered by the new ECA is relatively small, the change is unlikely to have a significant impact on bunker demand volumes in the region. But the requirement to have greater volumes of 0.10% sulfur bunkers in stock will have an operational impact both on bunker suppliers and buyers in the region.

The use of scrubbers to comply with the 0.10% sulfur limit is permitted, and South Korea does not impose restrictions on the discharge of washwater from open-loop scrubbers.