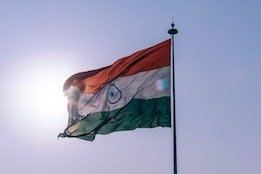 India's government is mulling a proposal to allow the use of methanol as marine fuel.
File image / Pixabay

Citing environmental and economic benefits, Nitin Gadkari, India's Minister for Road Transport and Highways, says the government is mulling a proposal to allow the use of methanol as marine fuel, Indian media reports.

"We are studying deeply how to use methanol as a marine fuel and will be going before the Cabinet soon," said Gadkari.

"Eight days ago we had a meeting where we decided that if marine engines are run on methanol, it can be imported substitute, cost-effective and pollution-free."

The meeting is reported to have included V K Saraswat, a veteran scientist and NITI Aayog member, who - after assessing plans to build 40 liquefied natural gas (LNG) bunkering stations along the river Ganga - suggested methanol as an alternative to LNG.

"The biggest priority for us is how to reduce the cost of fuel," said Gadkari, adding that methanol would cost less diesel while offering a better calorific value.

As Ship & Bunker has reported, India's Ministry of Shipping has said the Inland Waterways Authority of India (IWAI) and Petronet LNG Ltd (Petronet LNG) would work together to develop the operation of LNG barges on Ganga, National Waterway-1, by the end of 2018.

In April, the ministry announced further plans to develop a LNG bunkering facility at Dharamtar Creek near Mumbai.