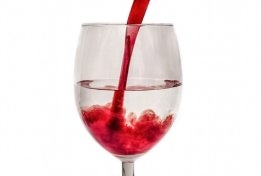 With a new global cap on the sulfur content of bunker fuel just around the corner, the prospect of myriad blended fuels is becoming more likely. But for a Singapore-based bunker surveyor that carries its own set of problems.

Blending residual fuel down to 0.5% sulfur "is not an exact science when it comes to certifying the levels of blending", Daljit Singh Pandher, group director at Royal Marine Group, was quoted as saying by price-reporting agency Platts.

And in that, the practice "could pose a number of problems, especially [on] compatibility and stability".

"Blending of fuels needs to be more controlled and regulated, especially when the blending is carried out outside any jurisdiction.

"Right now, it's left to the owners and suppliers to ensure quality, which seems rather onerous to me."

The upside for Royal Marine could be an increase in demand for its services as the post-2020 multi-fuel bunker market could encourage more bespoke arrangements between parties on surveying and sampling.

"There's going to be more contractual agreements between owners and suppliers over sampling, where the samples should be taken, which labs to use, one that is mutually agreed by both sides should a dispute arise," Pandher was quoted as saying.

And given that surveying business has dropped off in Singapore since the introduction of mass flow metering, healthier demand for its services would be welcome.

Oil Plummets as U.S./China Talks To Curb Inflation Result In No Action