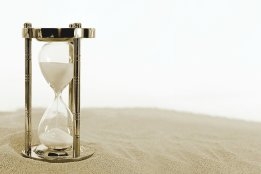 "Several PIL ships remain anchored in Singapore for up to three weeks, with the Singapore-based operator confirming that the vessels were delayed due to issues with bunker suppliers following the switch to the new IMO 2020 low sulphur fuel," Alphaliner said in its latest weekly report Wednesday.

On Monday PIL Chairman Teo Siong Seng wrote a letter to Lloyd's List denying that any of its vessels were under threat of arrest from the company's suppliers.

"We are in regular dialogue with all our suppliers," Teo said in the letter.

"They understand the difficult market conditions and that we are committed to paying all suppliers in a timely manner.

"We are confident that our vendors continue to support us."

PIL's schedules are starting to return to normal, Teo said.

IBIA Announces Candidates for Board Election

The election results will be announced at the organisation's annual general meeting on 24 February.