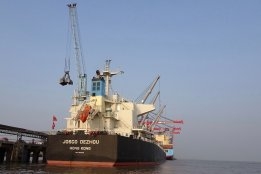 IMO2020 grade VLSFO could be be available in India as early as October, the state-run Indian Oil Corporation (IOC) has said.

"We get a lot of demand from East and West coast. We will start feeding the fuel by October or so."

Singh says IOC will be able to supply one million tonnes of bunker fuel.

With the global 0.50% sulfur cap for bunkers coming into force from January 1, 2020, most markets are expected to begin supply of IMO2020 specific grades when ships begin to make the switch to the new fuels in Q4 of this year.