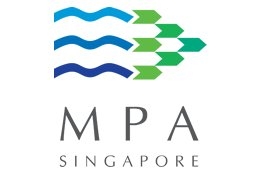 The move means Universal Energy will no longer be allowed to operate as a bunker supplier and bunker craft operator in the Port of Singapore, MPA added.

When sounded, aerated bunkers give the impression that a greater volume of fuel has been delivered than is actually the case

Aerated bunkers - commonly known as the Cappuccino Effect - are a frothing or bubbling effect introduced as bunkers are loaded onto a vessel, and caused when compressed air is blown through the delivery hose.

When sounded, aerated bunkers can give the impression that a greater volume of fuel has been delivered than is actually the case.

For 2016, Universal Energy was ranked as Singapore's third largest supplier by volume, up from seventh place in 2015.

Ship & Bunker has previously discussed the Cappuccino Effect as part of its Tricks of the Bunker Trade series. Read More Here:

All suppliers and bunker craft operators in Singapore require a licence to operate, under which MPA operates a points based merit system in an effort to recognise good bunker suppliers and deter malpractice in the industry.

Throughout a licensing period, demerit points can be given for failing to adhere to Singapore's bunkering standards

Throughout a licensing period demerit points can be given for failing to adhere to Singapore's bunkering standards in areas that include Customer Feedback Records, Compliance with SS 600 and TR48, and Non-compliance with bunker tanker standards.

If the total number of demerit points accumulated is too high then the supplier will no longer be accredited under the Accreditation Scheme for Bunker Suppliers, which is a key requirement for the renewal of bunker licences under the terms and conditions of the licences.

The new hire joined the company's Antwerp office this month.