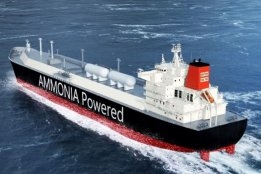 Jera plans to use ammonia for its Hekinan Thermal Power Plant that is expected to begin commercial operation in the late 2020s.

The MoUs cover the joint examination of ways to develop large-volume ammonia carriers, and specifically covers installing and operating propulsion engines that use ammonia as ship fuel.

As the marine shipping industry looks to decarbonize its operations, ammonia is seen as one of the key candidates to replace oil-based bunkers in the future Marie fuel mix.

The company is looking for candidates with at least three years of experience in the bunker or shipping industries.

The port authorities will jointly consider which MFM systems should be used in the first half of next year, before then determining an implementation date.