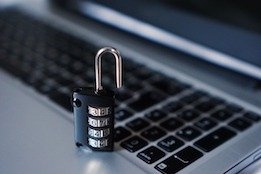 The owner of a bunker fuel company from Sungai Petani says he was cheated in an email scam.

Police in Kedah, Malaysia say the owner of a bunker fuel company from Sungai Petani has claimed he was cheated by a fake supply company, sustaining losses of RM4.5 million ($1.06 million) as a result, several local media outlets including The Daily Sun report.

Datuk Asri Yusoff, Kedah's police chief, said the complainant realised he had been deceived in a transaction made to a bank in Greensboro, U.S. on May 31, and another on June 2 for a company in Hong Kong for $760,000 (RM3.2 million).

"I am worried about such activities and those involved in purchasing should be careful as in this case the syndicate is very crafty by latching a Spyware application in the victim's computer to obtain a copy of every e-mail between the victim and the actual fuel supplying company in Singapore," said Asri.

"After obtaining the information between the two companies, a syndicate member would create a fake email masquerading as the supplier to invoice the victim for payment into a bank account."

The complainant is reported to have only realised that he had been cheated when the actual bunker supplier requested payment.

Police are said to be investigating the incident in cooperation with International Police (Interpol).

"I am also telling the people not to take the matter lightly and there should be confirmation from the supplier before payment is made to another account different from the usual number, otherwise people may fall to such scams due to their own negligence," said Asri.

Konstantinos Kontogiannis has joined the firm as its bunker manager in Dubai as of this month.

The company is looking for candidates with a degree in a shipping-related discipline and at least seven years of experience in shipping.