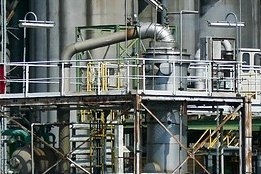 As Ship & Bunker reported last week, the South Korean refiner says its process includes a "world's first" use of a technology to remove asphaltenes from its fuel.

A statement from Hyundai Oilbank Tuesday confirmed the firm has filed a patent related to its original manufacturing process for the IMO2020 grade material, Korea Herald reports.

Other players in the marine space holding bunker fuel patents include Exxon and Shell.

If nothing else, the move by Hyundai Oilbank once again raises the issue of whether fuel patents are meaningful from an enforcement perspective.

In recent months the views on that have ranged from them being nothing more than a marketing ploy to them being broad enough to cause problems.