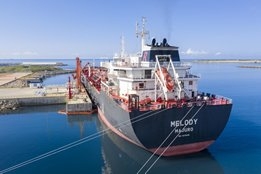 China Petroleum & Chemical Corporation, also known as Sinopec, has sounded a bullish tone on its prospects for growth in the global bunker markets after completing its first bunkering operation at the Sri Lankan port of Hambantota.

The supplier's first stem was completed on April 7, the company said in a press release Thursday, but did not provide details on the receiving vessel or the volume.

"Given its strategic location, Hambantota Port has emerged as a key port on the Belt and Road," it said, adding that the operation "will enhance its comprehensive bunkering service capabilities, as a significant boost in its continued effort to expand its bunkering activity around the world."

The comments come at an extremely difficult time not only for the shipping and marine fuel industries, but the global economy as a whole.

Sinopec, however, indicated it was undeterred by the current unprecedented market conditions.

"As the COVID-19 outbreak intensifies around the world and fuel consumption drops, Sinopec has been committed to implementing epidemic control measures and resuming work and production, heeding the Chinese government's call to maintain stable foreign trade by expanding its overseas bunkering business," it said.