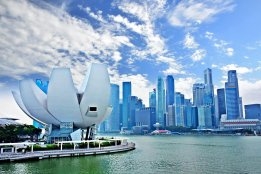 The three accused will have further court dates in Singapore in July. File Image / Pixabay

Ng is accused of having received about $95,000 in total between 2016 and 2020 from Loke Kin Aun of Seven Seas Oil (Hong Kong) and a bunker trader identified only as Michael, from Taimin Petroleum & Chemicals, to advance their business interests with Integr8.

Ong is accused of accepting $1,200 in bribes from Lim on three occasions with the intention of advancing Integr8's business interests with PIL between December 2020 and March 2021.

The cases continue. Ong and Lim are scheduled for their next court dates on July 6, while Ng is scheduled for July 20, according to the report. Each corruption charge could result in a fine of up to $100,000, a prison sentence of up to five years, or both.