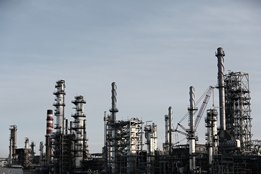 The Filipino Shipowners Association (FSA) has cast doubts over whether its domestic sector will comply with the new global 0.50% sulfur cap on marine fuel that comes into force in just over two weeks time.

"I sit with the Marina board. Knowing that oil companies in the Philippines will not be ready to have this compliant fuel, I told Marina to ask the IMO to give us allowance to comply with it," he was quoted by the Manila Times as saying.

"If we import, there are resources available. That's what oil companies supplying bunker fuel will do, eventually, if Marina would say they should comply, otherwise it will impose penalties."

As a signatory to MARPOL Annex VI, the Philippines is obligated to enforce the new rules for both international and domestic ships.

While lack of specific IMO2020 grade 0.50%S VLSFO fuels are currently lacking in many markets, supply of even lower sulfur albeit more expensive MGO is available in almost all markets.

Philippines joins India and Indonesia who this year have also suggested they would delay implementing IMO2020 domestically, but both those nations have since appeared to back track on the plans.

As of 2019 the company has reduced its relative carbon dioxide emissions by 41.8% compared with a 2008 baseline.