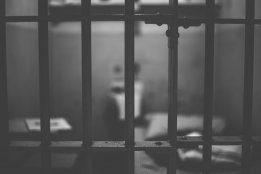 Two more bunker surveyors have been jailed for accepting bribes as part of the ongoing MGO heist case from Shell's Pulau Bukom refinery.

A. Duraisamy, was jailed for 10 months and fined $42,870.60, local media outlet Straits Times reports, adding that he will serve an additional seven weeks in jail as he is unable to pay the fine

Lee Been Lian (李明連), a surveyor with Intertek at the material time, was jailed for two months and fined $6,795. They will also remain in jail for an additional 19 days due to non-payment of the fine.

The two were part of a group of 12 individuals charged earlier this year for allegedly accepting bribes totalling at least $213,000 by former Shell employees between 2014 and 2017.

They join fellow bunker surveyor Kumunan Rethana Kumaran who was handed jail time last week for their part in the case.

Fear of recession is the main culprit keeping the energy market grounded.

Chris Morgan of Delta Energy looks at the changes the bunker industry has seen in the past decade, and reflects on what marine fuel firms of the future might look like.