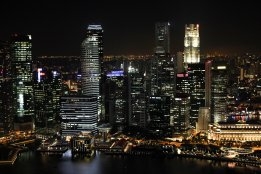 The company was listed as Singapore's 42nd-largest bunker supplier by volume in 2014. File Image / Pixabay

A final meeting for creditors of former Singapore marine fuel supplier Raffles Bunkering has been scheduled at the start of next year.

The final meeting will be held at 11:30 AM Singapore time on January 7, according to a notice published in Singapore's Government Gazette on Monday.

The decision to wind the company up was made at an extraordinary general meeting of the company on September 15.

Raffles Bunkering was a part of the Raffles Shipping Group of Companies, and was registered as a physical supplier in Singapore in 2013.

The company was listed as Singapore's 42nd-largest bunker supplier by volume in 2014, out of a list of 63, before being removed from the list of registered suppliers in August 2015.

The organisation has awarded its approval in principle to a dual-fuel methanol-powered VLCC design.