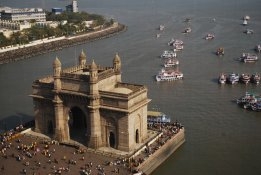 India's Merchant Shipping Act (1958) is currently under review, and the new rules could be imposed after that process is completed. File Image / Pixabay

India's bunker industry is awaiting clarification from the country's authorities on how new rules on vessel age limits will be applied to marine fuel delivery vessels.

India's Directorate General of Shipping is currently seeking feedback from the country's shipping industry on new rules on the age of vessels operating in its waters.

A draft version of the new rules seeks to apply a maximum age of 25 years for tankers, with 'no relaxation for bunker barges', according to a version of the document on the Directorate General's website.

The country's Merchant Shipping Act (1958) is currently under review, and the new rules could be imposed after that process is completed.

Indian bunker suppliers contacted by Ship & Bunker were unsure of the potential impact on the local industry. The industry has yet to be definitively informed whether the new rules will apply to its delivery vessels.

"There are a lot of barges that are older than 25 years," one supplier said.

Another local source disagreed, saying the majority of bunker vessels would not be affected.

"The average, as per our information, is around 10 years."

The company is looking for candidates with a relevant degree and experience in either shipping or sales.