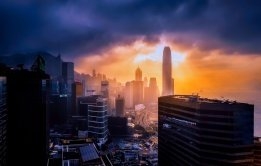 A winding up petition for Brightoil Petroleum (Holdings) Limited (Brightoil) scheduled to be heard today in Hong Kong has been delayed once again.

The petition was originally scheduled to have been heard last week before being postponed until today.

"The Petition originally scheduled to be heard on 22 July 2019 at the High Court of Hong Kong was, by consent of the Petitioner, vacated and further adjourned to a date to be fixed in consultation with counsel’s diaries," Brightoil said in a statement today.

The petition relates to an outstanding sum of US$25.7 million owed to an unnamed third party, Brightoil has said.

The debt is part of the group's wider aggregate debts of approximately US$1.85 billion.

Converting an Open-Loop Scrubber to a Hybrid is 'Simple': Yara Marine

The conversions could be done without the need for dry-docking.