The International Maritime Bureau has warned piracy in Southeast Asia is on the rise.

The crew of Vietnamese clean product tanker Sunrise 689, which last Thursday went missing after it departed Singapore, have been released and the vessel was confirmed to have been hijacked by bunker pirates, AFP reports.

"The Sunrise and its 18 crew members were released early this morning by pirates who took around a third of cargo on board," Nguyen Nhat, the director of Vietnam's Maritime Department, told AFP.

"Around a dozen pirates with guns jumped on the ship, took control and beat the crew."

"The pirates broke the communication system, robbed the oil and goods on board."

Sunrise 689 was said to have been carrying 5,226 tons of MGO when it departed Singapore.

A report by Times Colonist quoted the deputy captain of the Sunrise 689, Pham Van Hoang, as saying he thought the men were Indonesian, and they put all 18 Vietnamese crew members into a room before syphoning off the fuel.

"They put knives on our throats and threatened to kill us if we resist," said Hoang.

Nhat was quoted as saying two crew members "were slightly injured" during the incident, although one crew member was said to have broken his leg while attempting to flee from the pirates.

Earlier in the year the International Maritime Bureau (IMB) warned that the number of pirate attacks on tankers in Southeast Asia was set to rise. 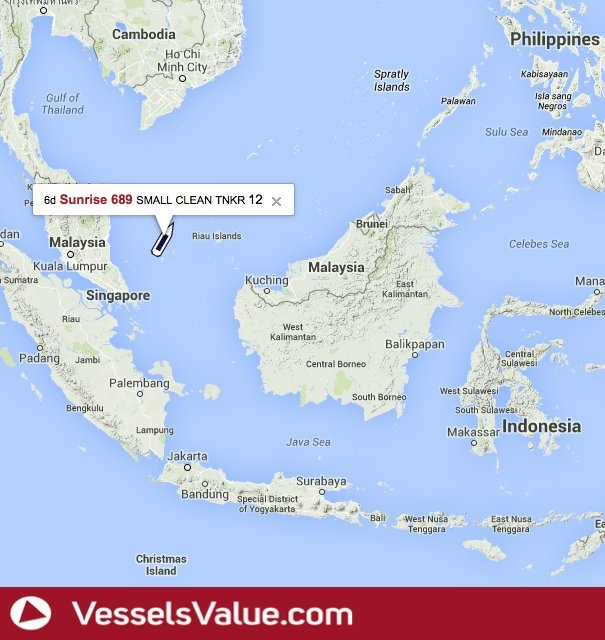 The company's new Centre for Maritime Efficiency will aim to manage ship and fleet energy-efficiency performance as part of the firm's commitment to cut GHG emissions.