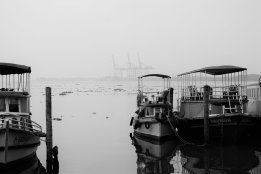 The export of IMO 2020 grade bunker fuel has started from the Indian port of Kochi, according to local media.

The fuel has been available to ships calling at the port since November.

Domestic demand has been met allowing for the export cargo in this instance to Singapore, the report said.

But it is unclear whether this refers only to domestic demand on the west coast of the country, as there were reports last month of VLSFO shortages for domestic shipping in the east.

The BPCL refinery is located close to the port.

The deal gives Bunker One the exclusive right to buy 100% of Vertex's marine fuel production from its Marrero, Louisiana refinery.

Crude Down on Weak China Data, Optimism For Healthy 2020 Replaced by Doubt

CMC Markets believes crude's upside will be limited this year.

In a first for an Indian company.