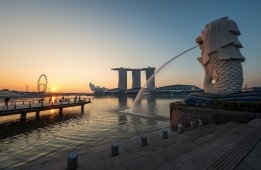 An application for a winding-up order filed by the judicial managers of former Singapore bunker supplier Inter-Pacific Petroleum has been approved.

Judicial managers Andrew Grimmett and Lim Loo Khoon filed the application on February 24. The application was approved at a court hearing on March 25, according to a notice published in Singapore's Government Gazette last week.

"All creditors of the abovenamed company should file their proof of debt with the liquidators who will be administering all affairs of the company," the judicial managers said in the notice.

Named as the country's 26th biggest player by volume for 2018, IPP in July 2019 had its bunker craft operator licence suspended and then cancelled as part of a Maritime and Port Authority of Singapore investigation into bunker suppliers' use of magnets to influence mass flow meter readings.

The supplier began a court-led debt restructuring process in September 2019, saying at the time it had insufficient cash to sustain operations.

A hearing for the application is scheduled at Singapore's High Court on March 25.

Bunker volumes were up by around 25% from their normal levels last week as the 20,000 TEU container ship Ever Given blocked the canal.