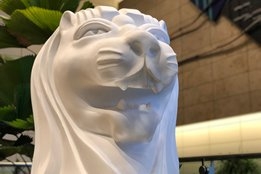 Singapore’s monthly bunker sales hit a 3.5 year low in April, with volumes dragged down as a result of buyers lifting smaller stems.

It was the lowest monthly volumes recoded since October 2015, albeit not too far away from the 3,780,400 mt sold just two months ago in February.

Calls for bunkers were less than 1% lower in April compared to the previous month (3320 in April vs 3290 in March) putting the average stem size for last month at 1,128 mt.

In comparison, the current 12-month average stem size at the port is 1,227 mt.