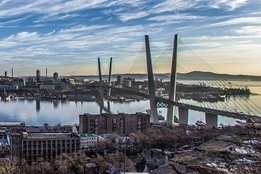 The recent rebound for bunker sales at Russian port of Vladivostok has continued into 2019, according to the latest data from the Administration of Seaports of Primorsky Territory and Eastern Arctic.

Bunker sales for the January-April 2019 period totalled 482,700 tonnes, up around 24% year-on-year, according to official figures reported via Russian market specialists IAA PortNews

Of the total, 289,400 tonnes was said to have been sold at offshore terminals.

The port has now witnessed two years of resurgent growth after volumes collapsed in 2016.