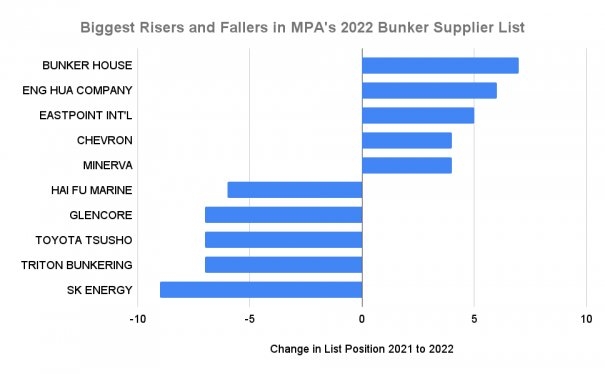 Bunker House Petroleum increased its position on the list by the most places in 2022. Image Credit: Ship & Bunker / Data Credit: MPA

Equatorial Marine Fuel Management Services has been named Singapore's top bunker supplier by volume in 2022, taking the top spot for the first time in its 22-year history.

The official ranking is provided annually by Maritime and Port Authority (MPA). While the exact volume of bunkers sold is known to the MPA, it is not published. Total conventional bunker sales in Singapore slipped by 4.2% to 47.88 million mt last year. 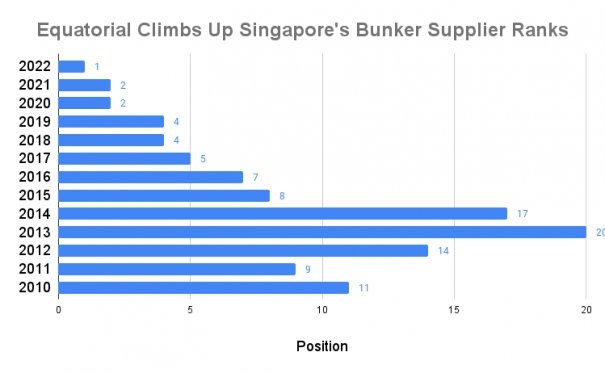 Equatorial Marine Fuel has moved up by 19 places on the list since 2013. Image Credit: Ship & Bunker / Data Credit: MPA

The firm has steadily climbed up the ranks over the past few years, having been as low as 20th in the list in 2013. The company sells four to five million mt/year of marine fuels in Singapore, according to its website.

Glencore Singapore had a weaker performance after its physical supply licence was suspended for two months following its role in the HSFO contamination seen in February and March, dropping by seven places to 13th.

TotalEnergies Marine Fuels also continued to decline, losing three to 22nd place, having been in sixth place as recently as 2019.

Bunker B Pte Ltd has now been at the bottom of the list for four straight years. The firm's rank may partly be explained by its focus on distillates rather than the full range of marine fuels.

Just one additional licence was awarded last year, to Sinopec Fuel Oil, which joined the list in 19th place. The supplier was the first addition to the list since April 2020.

No Singapore suppliers were permanently removed from the list last year. 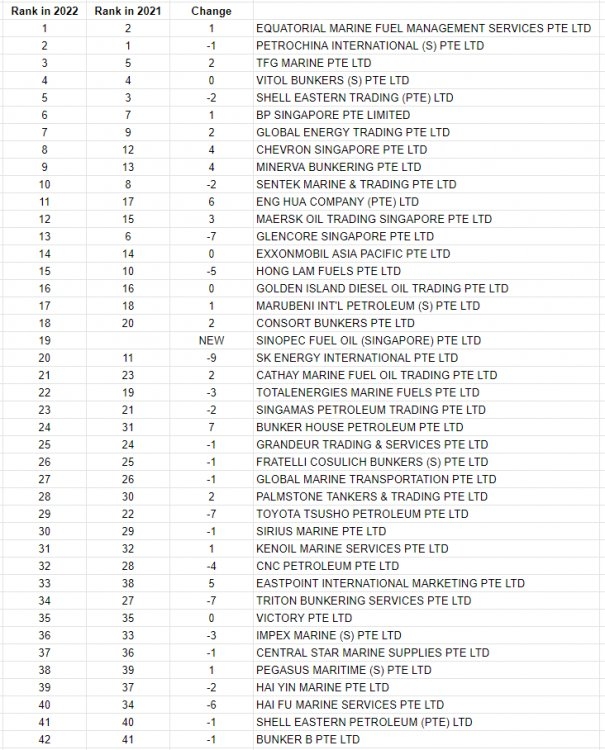 Demand in the U.S. shows no signs of slowing.

Lars Jacobsen has joined the company as senior trader in Copenhagen as of this month.