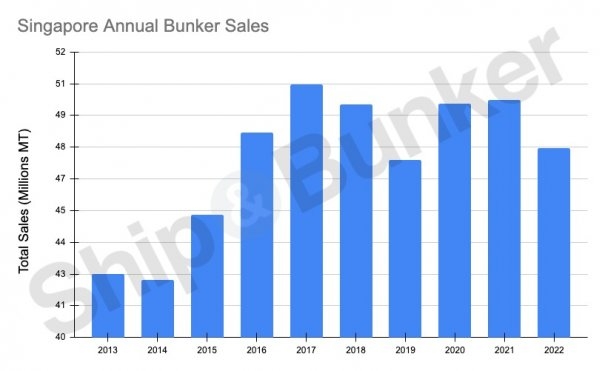 Conventional bunker sales volumes in Singapore, the world's largest marine fuels hub, slipped to a three-year low last year as the number of vessels visiting the city-state to refuel sank to the lowest in at least 11 years.

The city-state's total demand reached 4.21 million mt in December, according to preliminary data from the Maritime and Port Authority. The total was up by 0.9% from the same month a year earlier but down by 3.69% from November's level. 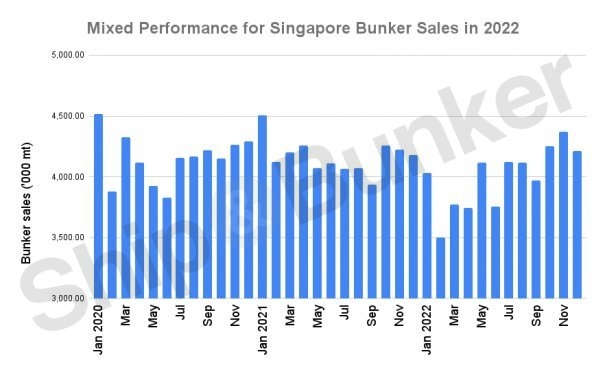 Bunker sales in Singapore were weak at the start of 2022, but rallied steadily throughout the year. Image Credit: Ship & Bunker / Data Credit: MPA

One of the more striking figure in the data for 2022 as a whole was the number of vessels calling at Singapore to receive fuel.

Taking bunker calls in terms of the gross tonnage of the ships rather than the vessel count, the figure is 2.05 billion GT for 2022, down by 2.6% on the year and the least since 2018. 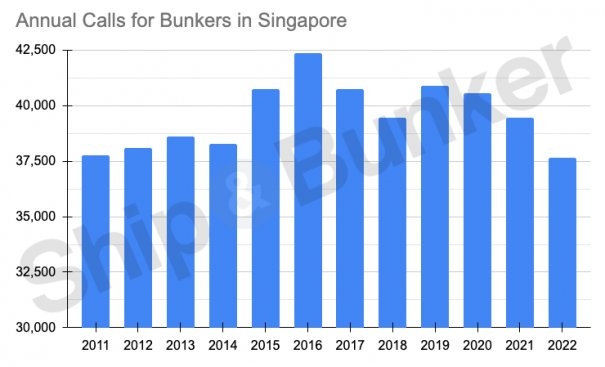 The figures show a growing reliance on larger stems to make up Singapore's demand.

Singapore's average VLSFO price in December was $622/mt, according to Ship & Bunker data, down by 8.6% from November's level but up by 2.1% from the level seen a year earlier. Ship & Bunker's G20-VLSFO Index of average prices across 20 leading bunkering ports lost 9% on the month and gained 7.3% on the year to $648.50/mt in December. 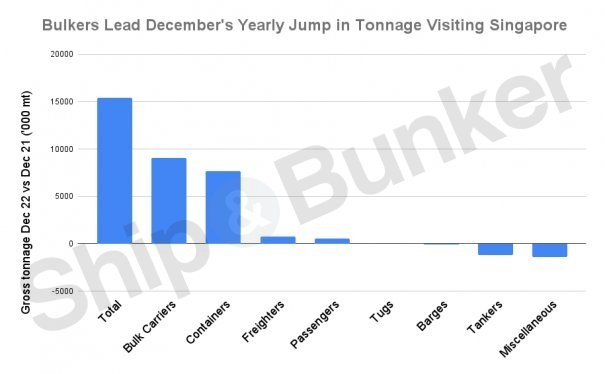 The total gross tonnage visiting Singapore jumped by 6.7% on the year to 245.2 million mt in December. This advance was led by the dry bulk segment, where calls by gross tonnage gained 9.1 million mt. Tanker tonnage calls fell by 1.2 million mt, while containers rose by 7.7 million mt.

The role could be based in London, Athens, Limassol or Dubai, or may involve setting up an office in another location.

Ships can access range of services including bunkers at the port.