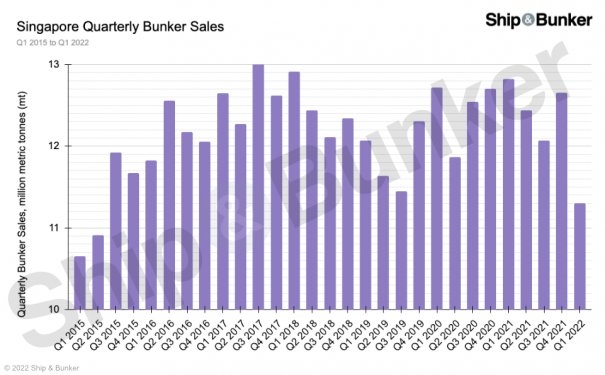 Singapore marine fuel sales bounced back in March, but both quarterly sales and calls for bunkers at the world's largest marine fuel hub remain at multi-year lows, according to the latest preliminary data from the Singapore Maritime and Port Authority (MPA).

The average stem size in March 2022 remained strong at 1,248 mt, well in-line with levels seen over the last five years and only slightly below the 12 month rolling average of 1,273 mt. 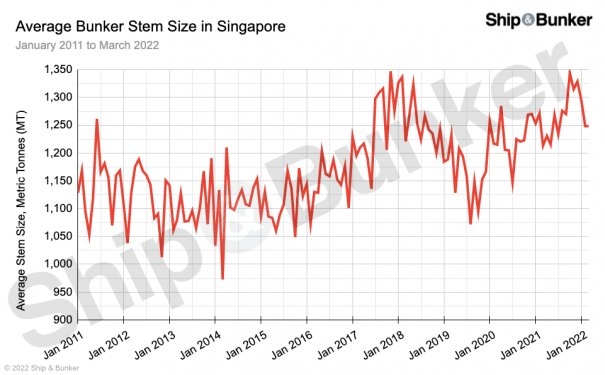 Rather, it was the number vessels calling for bunkers that dragged down the overall total sales volume. 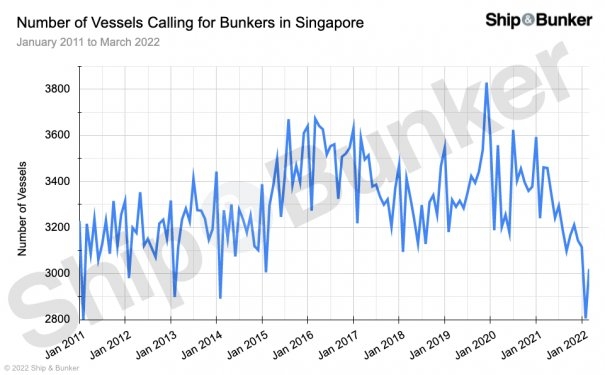 Singapore Bunker Contamination: Why Are Organic Chlorides a Problem?

LR's Naeem Javaid looks at what exactly COCs are, and more importantly, why they might be appearing in your bunker fuel.

Wärtsilä's Sigurd Jenssen tells Ship & Bunker the firm is seeing growing demand for scrubbers both for newbuildings and retrofits this year.