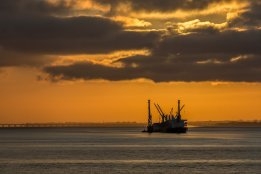 Three Sri Lankan bunker companies operate under the Advantis umbrella which itself is a subsidiary of logistics player Hayley's PLC.

The move has "paved the way for us to be the pioneer in ushering in this new grade of fuel to Sri Lanka”, Advantis bunkering director Praneeth Gunawarden was quoted as saying by local news provider Daily Mirror.

Sri Lanka has long harboured ambitions to be regional bunkering and shipping hub to rival Singapore.

However, plans to make the port of Hambantota part of a bigger bunkering service never came to fruition. The development was then handed over to Chinese interests a move, which has been criticised by the current government.

IMO2020 compliant bunker fuel where the sulfur content is capped at 0.5% becomes the global standard for bunker fuel in two weeks' time.

Still, OPEC continues to fail to pump at expected levels.

Form the October 1 to new and existing customers.